Women Midterm Voters: It Wasn't All About Trump

Bustle covers the findings from our women and the midterm elections poll.

The 2018 midterms were widely characterized as a referendum on President Donald Trump. But a new survey commissioned by the Women & Politics Institute at American University suggests that there may have been more to the story, particularly for women voters. Among other things, the poll results indicated that while many women voters considered Trump when casting midterm ballots, the majority said they believe the qualities of individual candidates were a more important deciding factor, over all.

The survey results are based on 1,200 online interviews with 2018 midterm voters, per a press release. Of those polled, 799 were women. Polling was conducted by Benenson Strategy Group (BSG) between November 15 and November 20.

“Though Trump looms large in women’s minds, if either party thinks it can run in 2020 on Trump and Trump alone, its candidates will have a hard time connecting beyond their bases — and even there, women have other priorities and values that they want addressed,” Katie Connolly, senior vice president of BSG, said in a press release.

She explained that while women voters definitely considered whether or not those they voted for would likely stand up to the president, they also placed a lot of weight on other issues, like health care costs. That being said, per the survey results, two-thirds of women voters agreed that Trump influenced their decision on which candidates to vote for. 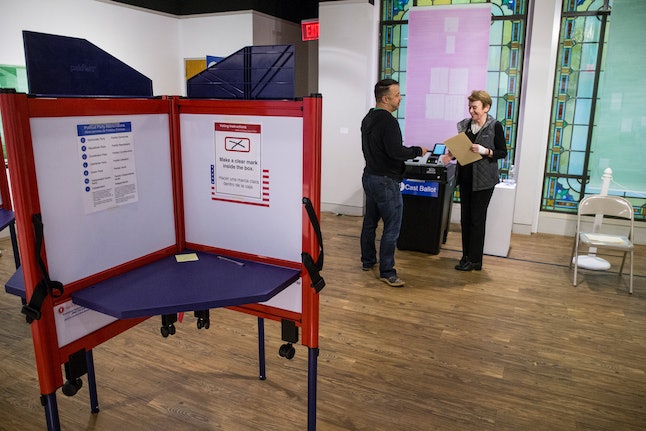 But while they did weigh how a candidate was likely to interact with the president and his policies, this was not the deciding factor for the majority of women respondents. About 65 percent of women said that they considered the candidates outside of the realm of Trump as well, and made their decision based on the candidates' individual merits. This was especially true for women who identified as Independents. According to the survey results, as many as 75 percent of women said that individual candidate qualities were the most important factor when deciding who to vote for.

Political analysts and commentators devote a lot of energy to understanding how women have voted, as well as to predicting how they might vote in the future. While this seems logical at a basic level — women comprise over half the population, after all — the 2016 election proved just how powerful (and divisive) women voters can be, as a bloc. Over half of white women, for example, infamously supported President Trump's bid for the presidency in 2016, prompting debates and analyses that are still taking place two years later. 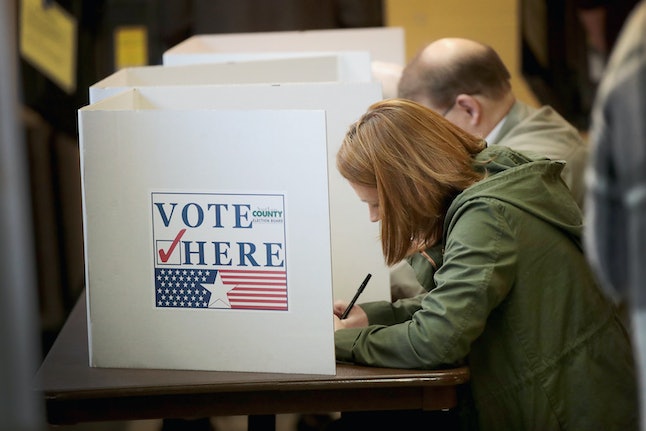 That being said, what many women do appear to agree about, per the poll, is that electing more women to office is a positive change. About 72 percent of women reported that they believed the recent influx of women into Congress was "exciting." A reported 66 percent described it as a "good thing," and a whopping 85 percent said that they believed women who succeed open doors for other women.

So while the survey suggests that women are more likely to vote for a candidate based on his or her individual platform, it appears that there was at least one commonality: women want to see other women doing well, and they're happy when they do.